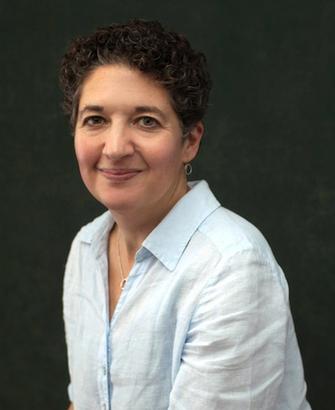 ​Renee Romano is the Robert S. Danforth Professor of History, Professor of Africana Studies and Comparative American Studies and at Oberlin College. A graduate of Yale (BA, 1990) and Stanford (PhD, 1996), she teaches and writes about 20th--and now 21st century--American race relations. Her disparate body of work explores racial attitudes and race relations in the post-WWII United States and seeks to illuminate the barriers to racial justice that continue in the post-civil rights era. She is the author or co-editor of five books: Race Mixing: Black-White Marriage in Postwar America (Harvard University Press, 2003); The Civil Rights Movement in American Memory (University of Georgia Press, 2006); Doing Recent History: On Privacy, Copyright, Video Games, Institutional Review Boards, Activist Scholarship, and History that Talks Back (University of Georgia Press, 2012); Racial Reckoning: Prosecuting America's Civil Rights Murders (Harvard University Press, 2014); and Historians on Hamilton: How a Blockbuster Musical is Restaging America's Past, ​which was published by Rutgers University Press in May 2018.

Besides teaching a variety of courses on African American history, racial politics, and historical memory, Romano is committed to promoting public history, to working with K-12 educators, and to increasing access to higher education.

She has served as a scholarly advisor for the Kent State May 4th Walking Tour and Visitor's Center, the Brooklyn Historical Society, and for Radio Diaries, and has run workshops for secondary school teachers on civil rights history and the history of Japanese American internment. She was the local co-director for the visit of the nationally touring public history exhibit, "Courage and Compassion: Our Shared Story of the Japanese American World War II Experience" to Oberlin College in February/March 2018. A member of the Executive Board of the Organization of American Historians from 2016 to 2019, Romano is an OAH Distinguished Lecturer and has recently completed a residency in Japan under the auspices of the OAH and the Japanese American Studies Association. At Oberlin she has also served as a campus mentor for the Posse Leadership Program.

She is currently at work on a new project exploring the politics of race, memory and commemoration in the North through a study of the figure of Dan Emmett, an Ohio-born blackface minstrel performer from the 19th century who is best known as the composer of the song, “Dixie.”