The movement for civil rights in America peaked in the 1950s and 1960s; however, a closely related struggle, this time over the movement's legacy, has been heatedly engaged over the past two decades. How the civil rights movement is currently being remembered in American politics and culture—and why it matters—is the common theme of the thirteen essays in this unprecedented collection.

Memories of the movement are being created and maintained—in ways and for purposes we sometimes only vaguely perceive—through memorials, art exhibits, community celebrations, and even street names. At least fifteen civil rights movement museums have opened since 1990; Mississippi Burning, Four Little Girls, and The Long Walk Home only begin to suggest the range of film and television dramatizations of pivotal events; corporations increasingly employ movement images to sell fast food, telephones, and more; and groups from Christian conservatives to gay rights activists have claimed the civil rights mantle.

Contests over the movement's meaning are a crucial part of the continuing fight against racism and inequality. These writings look at how civil rights memories become established as fact through museum exhibits, street naming, and courtroom decisions; how our visual culture transmits the memory of the movement; how certain aspects of the movement have come to be ignored in its "official" narrative; and how other political struggles have appropriated the memory of the movement. Here is a book for anyone interested in how we collectively recall, claim, understand, and represent the past.

A timely, thoughtful, and pathbreaking survey of Americans’ struggle to make sense of the most important upheaval in recent American history. The authors ask vital questions about who remembers the civil rights struggle and how they do so. It is unquestionably a major contribution to the emerging scholarship on the civil rights movement and its legacy."--W. Fitzhugh Brundage, University of North Carolina, Chapel Hill
"This is a very impressive collection of essays that contributes in important ways to the already strong literature on the Civil Rights Movement, and its enduring legacy, meanings, and consequences."--Waldo E. Martin Jr., University of California Berkeley

"Romano and Raiford have compiled a volume that deserves a wide readership by historians and especially the public. It is a timely volume, with original, interdisciplinary research. . . . The editors have done an admirable job of compiling essays from a variety of perspectives. . . . Classes on historical methods, public history, contemporary America, and the Civil Rights Movement would especially benefit from these essays, but historians will find uses for them in other classes as well. . . . This is an excellent book and all the contributors, the press, and especially the editors deserve congratulations for bringing this work together. It is a labor well worth the time and energy that produced it."--H-South
"Above all, the essays in this collection seek to highlight the relevance to contemporary politics and culture of these struggles over a 'proper' telling of the civil rights story."--Journal of American History
"Succeeds in showing how the memories of the civil rights movement are fiercely contested, inherently political, and deployed by different people to vastly different ends. Perhaps most importantly, it illustrates that the movement, both in terms of its legacies and its real social and political gains and shortcomings, is far from finished and still wide open to interpretation and debate."--Register of the Kentucky Historical Society
"Timely and important . . . This collection is an important opening statement in what is sure to become a vital conversation for scholars of the civil rights movement and of American memory."--Reviews in American History 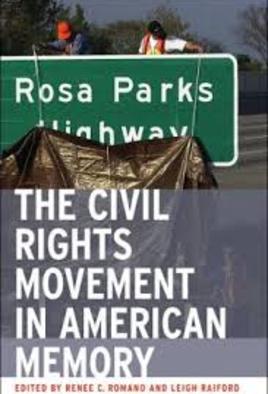